We have led coral reef conservation efforts in the main Hawaiian Islands for over 15 years. Since 2006, we have designed our program in Hawaiʻi to protect and seed the coral reefs of Hawaiʻi’s future.

We are focused on preventing land-based pollution from entering the ocean on Maui and Hawaiʻi islands, and we are one of only two NGOs that sit on the statewide Cesspool Conversion Working Group to help the state transition toward more efficient wastewater treatment systems. Clean water is critical to coral reef health, and water pollution not only threatens our existing reefs but prevents them from adapting to the effects of climate change.

Hawaiʻi is a crucial site for global coral reef conservation. Its islands are home to one of the highest concentrations of endemic marine species anywhere on Earth and 85% of the United States’ coral reefs.

These reefs are central to the local culture, forming the foundation behind many traditions, foods, sacred ceremonies, and leisure activities. Hawaiʻi’s reefs contribute over $800 million to the economy each year through tourism and serve as a natural barrier that protects people and coastal property from storm surges and floods. The U.S. Geological Survey calculated that the economic value of shoreline protection in Hawaiʻi from coral reefs is worth $836 million annually.

An ecosystem under threat

Across the Hawaiian Islands, 88,000 cesspools release an estimated 53 million gallons of raw sewage into Hawaiʻi’s waterways every day. Sewage pollution contributes to high nutrient, bacterial, and pathogen levels in the nearshore marine environment—a serious health hazard to people and reefs. On Hawaiʻi Island, sewage pollution has been identified as the biggest contributor to declining fish biomass and has been specifically linked to coral disease and bleaching, as well as human health issues.

In other parts of the island chain, such as West Maui, mountain slopes that historically supported pineapple and sugar cane plantations are now out of use, and what remains is degraded and hardpacked soil. When it rains, flash floods carry stormwater and large amounts of sediment downstream to the ocean. Just offshore, once-thriving coral reefs are now struggling to survive. West Maui has been designated a priority conservation site by both the state and federal government in an effort to address land-based pollution and corresponding declines in coral cover. Due to historical patterns of ocean currents, these corals are critical sources of larvae for reefs on several nearby islands, including Lānaiʻi, Molokaʻi, and Kahoʻolawe. 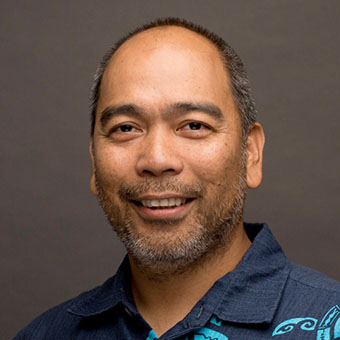 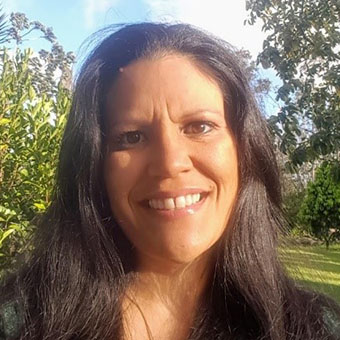 When Hawai’i’s reefs thrive, so do communities

Coral reefs are a source of life and inspiration, particularly in Hawai’i where they play such a significant role in Hawaiian culture. We can all play a role in keeping coral reefs healthy, and protecting these underwater treasures for generations to come. On July 28, CORAL hosted its first fundraising event since the start of the pandemic. The event was in Honolulu, Hawai‘i and served as an opportunity for guests to enjoy a night of music and learn about coral reef conservation on the Hawaiian Islands. Ukulele virtuoso Jake Shimabukuro performed a series of inspiring songs, while… END_OF_DOCUMENT_TOKEN_TO_BE_REPLACED

Hawai’i Island residents can find out what’s in the water at their favorite beaches for the first time. HILO, HAWAI‘I – January 19, 2022 – A new dataset, made public this month by Hawai’i Wai Ola, gives community members access to high quality, open-source water quality testing data dating back to June of 2020. Volunteers… END_OF_DOCUMENT_TOKEN_TO_BE_REPLACED Thank You for Supporting CORAL’s Volunteers in Maui

We are proud to support a dedicated team of local volunteers in Maui, Hawai’i, as they work to protect the valuable coral reefs in their community.  By using “best management practices,” which are effective measures used to reduce marine pollution, we are able to minimize sediment pollution on coral reefs. Our volunteers grow and plant native… END_OF_DOCUMENT_TOKEN_TO_BE_REPLACED Erica Perez, CORAL’s Senior Program Manager on Hawai’i Island, just wrapped up her time as a mentor during the new Wastewater Pollution course led by our partner the Reef Resilience Network (RRN).  Perez played an active role in helping students understand the threats of wastewater pollution on coral reefs and implement effective strategies to mitigate… END_OF_DOCUMENT_TOKEN_TO_BE_REPLACED In West Maui, Hawai‘i, CORAL’s Senior Program Manager Jennifer Vander Veur shares how our actions on land can impact what happens under the sea. Run-off sediment is threatening nearby coral reefs and making it harder for them to survive. To address this problem, Vander Veur leads our efforts to protect coral reefs by using native… END_OF_DOCUMENT_TOKEN_TO_BE_REPLACED We’re thrilled to announce that CORAL has been selected as an honoree for the 2021 Cades Foundation Nonprofit Leadership Award, part of the 20th annual Business Leadership Awards, for our work protecting coral reefs in Hawai’i. This award recognizes top nonprofit organizations that address and respond to important issues in the Hawai’i region.  A celebration… END_OF_DOCUMENT_TOKEN_TO_BE_REPLACED

Reconnecting with the ‘Aina to Save Coral Reefs in Hawai’i

Land management plays an important role in Hawaiian culture, as well as the protection of nearby coral reefs. On the island of Maui, Noor, a local Restoration Biologist, and Poema, a Hawaiian Cultural and Plant Specialist, describe the significance of caring for the land in Hawai‘i.  Traditionally in Hawaiian culture, each person has a kuleana… END_OF_DOCUMENT_TOKEN_TO_BE_REPLACED

From raging wildfires to melting glaciers to coral bleaching—it is clear that there is pressing urgency to face the planet’s climate and ecological emergency. After postponing last year’s event due to COVID-19, the International Union for Conservation of Nature (IUCN) decided to hold its quadrennial World Conservation Congress from September 3 to 11, 2021 and commit to actions that… END_OF_DOCUMENT_TOKEN_TO_BE_REPLACED The Coral Reef Alliance (CORAL) is honored to join the Maui Nui Makai Network—a network of community groups from across Maui Nui that protect and care for marine and coastal ecosystems. The network was established in 2013 when community organizations decided they would be stronger working together than separately. Network members meet regularly to learn… END_OF_DOCUMENT_TOKEN_TO_BE_REPLACED

Dive In With Manuel Mejia

Born in the Philippines and long-time resident of Hawai‘i, Manuel Mejia, our Hawai‘i Regional Program Director, harvests a deep passion for coral reefs and our need to protect them. We recently had the opportunity to sit down with him and dive in to this passion a little more. Q: Where does your passion for the… END_OF_DOCUMENT_TOKEN_TO_BE_REPLACED

View our key sites in Hawai‘i: