Biologists talk a lot about biodiversity (aka biological diversity). But what does this really mean?

Biodiversity refers to the variety of life. When biodiversity is high, it means there are many different types of organisms and species.

Coral reefs have very high biodiversity—more than 25 percent of all marine species are found on coral reefs, which occupy less than one percent of the ocean. And every organism plays a unique role and contributes to how coral reef communities survive and function. When scientists lament the loss of biodiversity, they are not only saying that the number of species has changed on a reef or in a region, but that there may also be changes in how that reef functions. 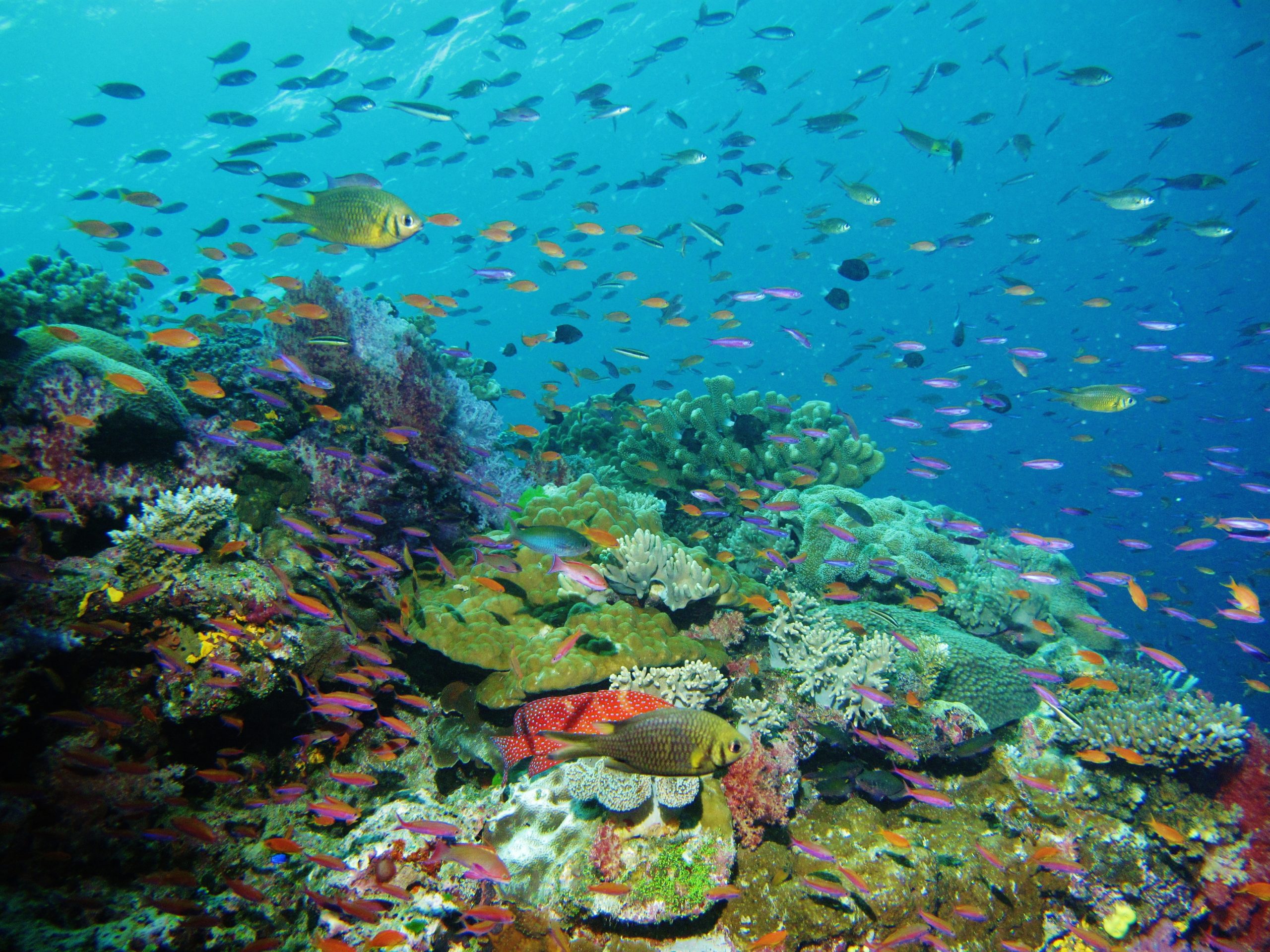 Coral reef species exist in a delicate balance of roles and responsibilities. The herbivores graze and keep algae growth in check. The predators keep the populations of herbivores and weak or injured fish in balance. Parrotfish munch on coral and emit the sand that many tiny creatures live in and on. Cleaner shrimp and fish remove parasites to keep many species healthy and thriving. The pink lacquer of crustose coralline algae releases chemicals that signal to larval coral there is a good place to settle.

Each species has a role, and when that role is lost or threatened, the impact can cascade across other groups. High biodiversity ensures the health of the reef. It spreads those roles across many species, so if one species is affected by a disease or other threat, that role won’t be lost on the reef. Biodiversity also benefits humans. Many medical advances have come from coral reef species, and there are still an estimated one to nine million species yet to be described. We can only imagine what might be discovered next, from new species to new medical advances.